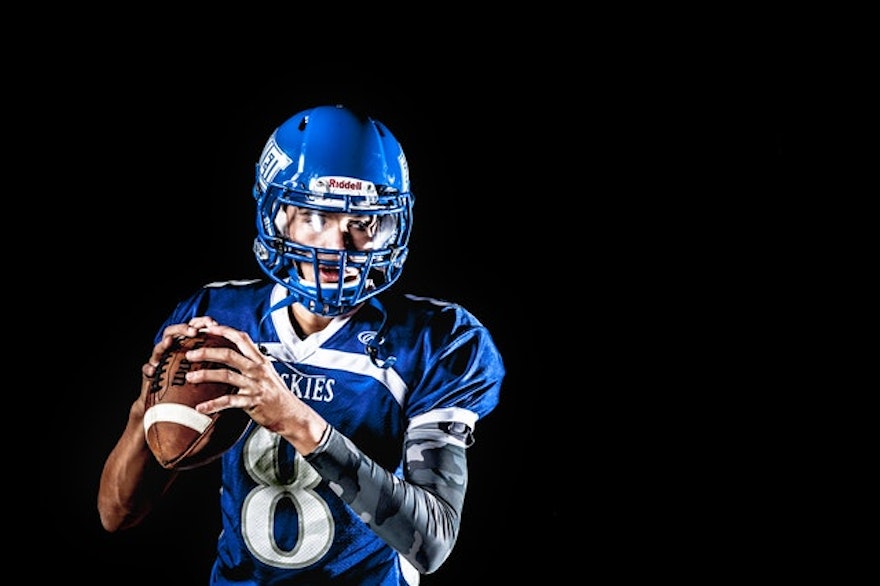 Did you know athletes in the 1960s and 1970s used to avoid weight training?

Coaches thought that too much muscle would make the players slower and keep them from performing optimally. Ara Parseghian, Notre Dame's head football coach from 1964 to 1974, said that "[The prevailing wisdom was that] you didn't want a running back — or any skill-position players for that matter — that was muscle-bound."

Today, coaches know that weight training can provide massive advantages to athletes. It’s inconceivable that a modern world-class athlete wouldn’t do some sort of strength training—getting to that elite level requires an intense focus on skills and strength.

Better training, combined with better technology, are the main reasons that athletes in all sports continue to push the limits on performance.

The business world is like sports 50 years ago: We’re following bad advice and failing to tap our true potential

But in our case, it’s not strength training—it’s goals.

We’re missing half of the performance puzzle: We’re setting goals, but we’re not implementing the systems we need to execute on them. We’re not training properly or using the best technology.

And it’s hurting our ability to get the best performance out of our companies.

Training to reach our potential as strategic leaders by adopting an effective goal execution system will improve company performance in the same way that physical training improved sports performance over the past decades.

In controlled studies, goals have been shown to improve company performance

The research is clear that goals significantly increase performance at work. Several studies have shown that specific challenging goals are particularly effective.

In one analysis, specific challenging goals were found to increase the value of work output by 18% over “do your best” goals. That is a massive increase—it is equivalent to almost one full day of work each week.

In the words of Craig Pinder, a professor of Organizational Behavior,

“Goal setting theory has demonstrated more scientific validity to date than any other theory or approach to work motivation.”

… But in the real world, goal-setting often doesn’t translate to goal achievement

In the real world, the rate of goal achievement is dismal. Most of us have had the experience where we set goals but don’t achieve them.

Less than half of people who make a New Year’s resolution actually accomplish it. And only 19% of people continue to be successful after 2 years. Another study found that, of individuals who set goals to try to quit smoking, only 11% were successful after a year.

And success isn’t much more common among businesses.

While businesses overwhelmingly set goals—about 95% do—studies estimate the failure rate of strategic initiatives among businesses to be between 50% and 90%. Now, we shouldn’t get too hung up on these numbers since there are challenges when studying these things. The point is that companies very often do not successfully execute on the goals they set.

So, in general, we set goals with some consistency, which is better than nothing. But it isn’t enough to maximize performance.

Without doing anything else, the things you want to achieve this year, from the moment you set out to achieve them are statistically in jeopardy.

Takeaway: Goal setting alone does not automatically lead to success. We need to do more.

What’s missing is a “goal system”

Goal plan: A goal plan is a strategy that breaks down a long-term goal into shorter-term objectives. For example, you could create quarterly, monthly, and weekly goals to support one longer-term yearly goal. At HabitStack, we call these “Weekly Execution Funnels.”

Execution habits: Execution habits are the rituals and behaviors that you implement in order to successfully achieve your goal. Execution habits include reviewing your goals consistently, tracking progress, and creating opportunities to hold yourself and your team accountable to each other.

Both goal plans and execution habits are essential for an effective and robust goal execution system.

Takeaway: Yes, you need to set productive goals. But you also need to implement a goal plan and execution habits. Without these components, you’re much less likely to achieve your goals.

Some research demonstrates the power of establishing an effective goal system. In one meta-analysis of 70 studies, researchers looked at the effect of the senior leaders’ commitment to the implementation of Management by Objectives (MBO) on productivity.

MBO is a classic system of management that focuses on establishing organizational goals, setting objectives for workers, monitoring progress, conducting evaluations, and rewarding successful work. In other words, it creates a system for setting, planning for, and reviewing goals.

Takeaway: Goal systems lead to much better outcomes than just goal setting—they can lead to an order of magnitude increase in productivity.

Academics and researchers understand that there is much more to achieving business results effectively than just setting goals. But that knowledge hasn’t necessarily made it into business operations.

Business “gurus” continue to emphasize goal setting without a true commitment to the other necessary components for execution. They publish innumerable articles on how to set goals: from SMART goals to HARD goals to OKRs and any number of other goal-setting models. But there isn’t sufficient attention paid to what comes next.

The implication is that goal setting is enough.

And that message is harmful—it sabotages success. When you set goals without the proper system in place, you’re much less likely to achieve them. Missed goals can make your team doubt the effectiveness of goals in the first place.

After all, why set goals if you regularly miss them?

Takeaway: Consultants and coaches undermine performance when they overemphasize goal setting at the expense of planning and execution habits.

In the same way that athletes in the 1970s and 1980s didn’t realize how much they could gain from training and better technology, we don’t realize how much we can gain from creating goal execution systems and technology that supports those systems. And in the same way that coaches discouraged athletes from weight training decades ago, business coaches today are not placing enough emphasis on the systems that support goal achievement.

If we did emphasize goal systems, the improvements could be massive.

Imagine athletes in the 1970s. They probably felt like they could get a little better, but didn’t fully understand the dramatic breakthroughs that they could see. They might have believed that they were already hitting the limits of the body’s capability.

But they could have if they had trained differently.

We’re at the same point with goal achievement. We don’t fully understand the power of goal systems.

The good news is that there is a massive opportunity for business leaders that want to unlock their potential and achieve another level of excellence. And it’s not that difficult. It just requires creating a system that goes beyond goal setting and embodies a few goal execution best practices.

The takeaway: Leaders that use goal systems can unlock their potential and achieve a new level of success.

Conclusion: Unlock your potential with an effective goal execution system

An effective goal execution system is one that has these three components:

The promise of such a system is immense.

You already do various things to get the most out of your team. Simply setting goals can result in a 6% improvement in productivity. But if you implement a complete goal system—and you’re committed to it—you could see a 56% increase. That's close to a 10x difference.

In the same way that athletes were able to significantly improve their performance through better training techniques and tech, business leaders can improve their team’s performance by expanding from just setting goals to implementing complete goal systems.

Is your leadership team struggling to be fully effective?

We’ve been there. So, we created an execution system that will align your team around a singular vision, keep them focused on the goals that matter most, and help everyone stay sane in the process.

Learn How HabitStack Can Help ->